Zybourne Clock Announced As Launch Title For Xbox One 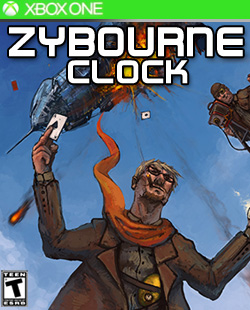 Gauss
Minutes ago, Xbox chief Don Mattrick announced the highly anticipated steampunk game Zybourne Clock will be a launch title for Microsoft's newly-unveiled Xbox One console. It will be one of the first games to take advantage of the next-gen console's 8-core CPU, dynamic impulse triggers, and SmartGlass integration.
Read more →
OpinionStill Kinda HotExclusiveHands-OnMildly Interesting

10 Characters That Need To Be In The Next Super Smash Bros.

Anticipation is high for the forthcoming fourth installment of Nintendo's Super Smash Bros. franchise and fans everywhere are speculating about which iconic video game characters should be added to the roster. I've made a list of my top ten choices that would make excellent fighters and bring more diversity to the series. Let's a-go!
Read more →