Is Wikipedia Making A TV? 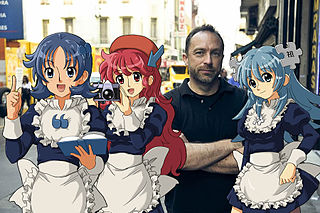 Speculation is mounting that the online encyclopedia Wikipedia is in the process of building a branded TV set.

Site founder Jimbo Wales was mum on the subject when asked about it during a recent conference call, but sources close to him say he's "very interested" in the idea.

It's not clear if the Wikimedia Foundation would be making the TVs themselves, or partnering with a hardware company like Samsung.

Wikipedia, of course, is one of the most popular destinations on the web with significant mindshare in all the top demos. Analysts say the Wikipedia TV would be a great opportunity for the company to stregnthen its brand and monetize its content. A successful assault on the TV market could also jumpstart a potential line of Wikipedia-branded devices.

Special TV-optimized apps from Wikimedia could allow TV viewers the opportunity to peruse the foundation's wide portfolio of properties whilst watching their favorite programs. For example, Game of Thrones viewers could look up the definitions of archaic words on Wiktionary without taking their eyes off the action, and Amazing Race watchers could look up exotic destinations on Wikivoyage.