The New BlackBerry Z10 Is Great, But Not As Great As CBS's Primetime Lineup

Republished with permission from CNET. 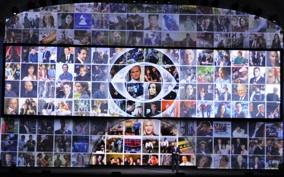 BlackBerry was once the golden boy in the CSI (communications & services industry), only to stand by and watch as newfound rivals took over and became the talk of the town. Now seemingly adrift and lost in space, the company will have to run an amazing race just to catch up. They'll need a big bang, theoretically at least, if they hope to remain a survivor in the volatile smartphone marketplace. Can the BlackBerry Z10 break the Apple/Android dynasty, or will that goal end up a cold case?

The Z10's task is formidable: you don't have to be a frequent viewer of the evening news to know things aren't looking good for the company formerly known as RIM. They're being squeezed out by Apple, Google, and to a lesser extent Microsoft - the two and a half men of the mobile landscape - and on the verge of disappearing without a trace. As the world turns, an increasing amount of corporations are adopting "bring your own device" policies which threatens BlackBerry's advantage in the enterprise market, and no I'm not talking about Star Trek, even though Mr. Spock would no doubt find the Z10 fascinating. They'll need to cater to markets outside business - in other words, less Murphy Brown and more Mike & Molly - as well as outside their own borders; northern exposure to BlackBerry is already high, as it's one of Canada's leading tech companies.

It's a tall order, but in my estimation the Z10 is a solid platform that gets the job done. Like Apple, BlackBerry keeps it all in the family; the Z10 is a perfect marriage of hardware and software. The all-new BlackBerry 10 operating system acts the good wife to the raging yang of the hardware. The unit they sent me for review purposes came in an unforgettable box somewhat reminiscient of Paul Rand's classic IBM redesign. It's apt symbolism: like IBM back in the day, BlackBerry is on the cusp of stemming the tide and bringing happy days back to the company again. Until then, they'll just need to live one day at a time.

HARDWARE: With its 4.2" touchscreen and sleek curves with nary a jag in sight, the Z10 looks like it was touched by an angel. It's so bold and beautiful, it makes every previous BlackBerry device look like one of The Munsters. Plus, the Z10 is NCIS, I mean NFC, enabled, so if you meet a fellow Z10 user person to person, you can exchange numb3rs and other data by simply tapping your phones together.

CAMERA: Let's make a deal: if you can take a quality photo in a dim room without a guiding light, I'll give you a Grammy award. Don't bother trying, because it's impossible. The 2MP front-facing camera is passable, though, allowing you to face the nation and video chat with your friends. The gallery app is actually quite nice, allowing you to flip through photos and show your kids how you met their mother.

BATTERY LIFE: With 48 hours per charge, you can unplug your phone this morning and catch a late show without losing power. And with 10 hours of talk time, you could theoretically hold a conversation lasting from Hawaii Five-0 to Vegas.

SOFTWARE: You don't have to be a mentalist to use this phone. The new BlackBerry 10 operating system is so easy to use, it's elementary. After the first 60 minutes, you'll be swiping through apps like a pro.

APPS: While the platform takes somewhat of a walled garden approach to the app ecosystem, you'll never feel like a prisoner: BlackBerry 10 has access to thousands of apps. Yes, dear, that includes Angry Birds.There's a brand new Twitter app, so you can keep up with $#*! My Dad Says on the go. However, some apps feel stagnant; BlackBerry Messenger, once the platform's killer app, now feels like just an early edition of Apple's superior iMessages service.

KIDS: A smartphone can often act as the nanny for parents with young and restless children, who like to mash the pretty colors. But the Z10 lacks a "child's play" environment, like Windows Phone 8's "Kids Room" feature, which is a real shame.

SECURITY: BlackBerry has always been about serious business. Each device is designed to thwart criminal minds from getting your password, and encrypts your data to prevent snooping from Big Brother, which is good news if you're a person of interest. Plus, the new BlackBerry Balance feature lets you switch from "Work" to "Personal" profiles easily, keeping your personal content safe from the prying eyes of an undercover boss.