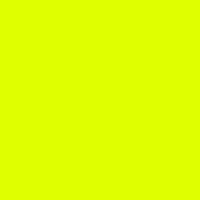 Apple has acquired the color known as "#DFFF00" for an undisclosed sum rumored to be in the billions.

According to sources privy to the deal, Apple will gain worldwide intellectual property rights to the color and be able to charge licensing fees for its use. The color, which color analysts have described as a "luminous vivid yellow lime," was acquired from the Worldwide Color Consortium (WCC), which owns the rights to nearly every color in the visible spectrum. The WCC has fallen in hard times in recent years: color piracy is rampant, and the organization has failed to synthesize any new colors since 2003.

Tech analysts say the deal is a strategic move for Apple, which in recent years has become more litigious.

"[Color] has become a critical area of functionality and design on Apple's platforms," said blogger Anil Dash. "My guess is [CEO] Tim Cook and his team felt they couldn't rest on their laurels and risk having a rival company sweep up colors from right under them."

However, others were quick to denounce the deal, claiming the move could ignite a "color race" in the tech industry.

"What happens if Google follows suit and buys up each of the colors in its logo? Where would that leave artists, consumers, and fans of colors?" asked Patricia Hurvich, president of the Roy G. Biv Foundation, which advocates for the color spectrum to be open-sourced.

Why Apple chose #DFFF00 in particular remains a mystery.