OPINION: It's Time For The Tech Press To Stop Pretending Pear Isn't Ripping Off Apple 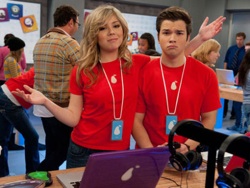 So, Pear's new "all-in-one" Spectacle One desktop is announced, and all their lackeys in the so-called "objective" tech press have twisted themselves into pretzels in their lame attempts to avoid acknowledging the elephant in the room: that Pear has been brazenly and shamelessly copying Apple since 2007.

Don't believe me? Look at the Pear Phone, the Pear Pad, the PearBook Pro, Pear OS, even Pear Store. Are you telling me these are all "original" creations? Get real.

What is it that these gadget bloggers fear? Losing their precious "access" to Pear events? Upsetting the vocal Pear zealots who have taken over the comment sections? Or are they simply misguided? I don't get it.

It's time for the tech press to man up and start calling a spade a spade.